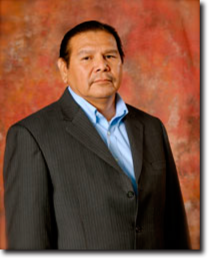 Phil Dorchester, a Fort McDowell Yavapai Nation tribal member, has progressively worked toward the tribal council’s vision for the betterment of the community by ensuring efficiency of tribal government operations.

Prior to taking up his current position, Phil regularly involved himself in various committees. These committees are subordinate advisory to the Council and serve as consultative interests in performing departmental functions.

Phil’s experience with the Nation’s enterprises and tribal government began in 1992. Starting as a Gaming Inspector, Phil learned the regulation of the gaming enterprise. He took the position of Casino Manager in 1996, before becoming Assistant General Manager and then Acting General Manager. Phil has held his present position since 2007; as General Manager he oversees the nation’s tribal operations.

If you have any questions, or would like to get in touch with the Fort McDowell Yavapai Nation, please contact us at 480-789-7000.