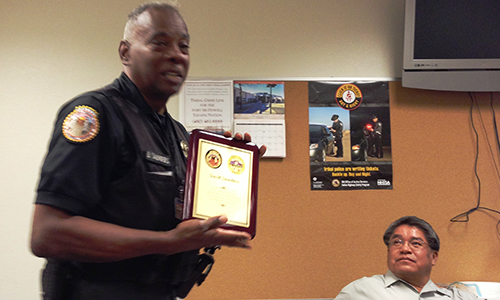 Officer David (Dave) Saunders worked for the Fort McDowell Police Department from May 2006  to June 2013.  He also previously worked for us from September 2002 to June 2005.  During that time he was assigned to the Patrol Division and worked a variety of shifts.  During the later years here at Fort McDowell he opted to work a part-time status and predominantly assisted the Department in transporting our tribal prisoners for court appearances from various jail sites.

Dave Saunders also heeded another calling and is an active ordained minister for the Pentecostal Church.  Dave even wrote a book, Ecclesiastes 124, about his life experiences.  Officer Saunders previously worked for the New York City Police Department and later for the Tempe Police Department, from where he retired in 1999.  Enjoy your retirement, Dave.