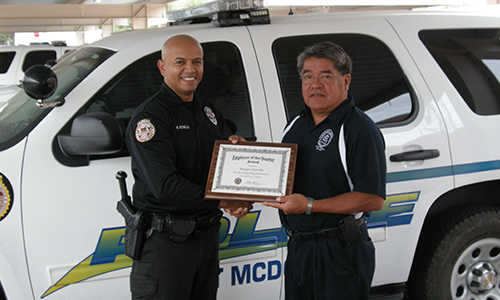 Officer Refugio Estrella was selected as the Fort McDowell Police Department’s Officer of the Quarter for April–June, 2013.

On April 26, 2013 Officer Estrella stopped a subject for a traffic violation and issued a verbal warning for the infraction. The driver later contacted the Department to compliment the officer on his genuine concern for the violator’s safety. Officer Estrella’s professionalism helped strengthen the image the Police Department wishes to portray to the public, and is a fine example of our mission statement.