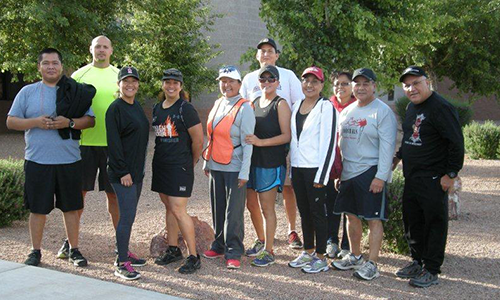 Every year the Fort McDowell Police Department (FMPD) participates in the Law Enforcement Torch Run. On May 1, 2014, the FMPD started the torch run on State Route 87 and the Saguaro Lake turn off and relayed the torch to the Salt River Police Department on State Route 87 and Shea Boulevard, a total distance of about 15 miles. The Law Enforcement Torch Run would not be a success if it were not for the brave participants and volunteers for the event. FMPD would like to thank all the participants in this year’s run and would hope you would join us again next year. Learn more about the Special Olympics at, http://www.specialolympicsarizona.org/.

“The Law Enforcement Torch Run is a series of intra-state/intra-nation runs that take place in the spring and summer in the United States and around the world.  Law enforcement personnel carry the Special Olympics Torch for a common cause which takes them through blizzards in Alaska, the mists of England, the islands of the Caribbean, the endless farmland of Illinois, and the deserts of Arizona, to bring the Torch to the Opening Ceremonies of their local state or nation’s Special Olympics Summer Games.  The common goal is to raise money to support Special Olympics athletes, as well as help dispel the myths surrounding the capabilities of people with intellectual disabilities.

To symbolize their support and the independence of Special Olympics athletes, at each Opening Ceremonies Law Enforcement personnel pass the Torch to an athlete, who uses it to light the “Flame of Hope” which burns throughout the Special Olympics Games.” http://www.specialolympicsarizona.org/letr/torch-run-legs. 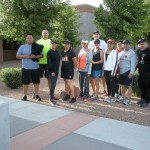 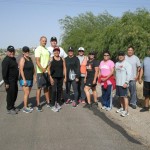 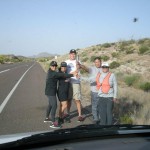 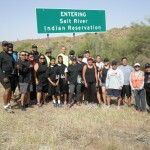